The ICEC project has hit the news in Austria! Dr. Yvonne Franz from the ICEC Vienna team has been profiled in the national newspaper Die Presse. Focusing on Yvonne’s work in the ICEC project in particular, the article talks about her research and participation in the living lab in the Hippviertel: a sewing course over six months which brought her into close contact with people living in the area. 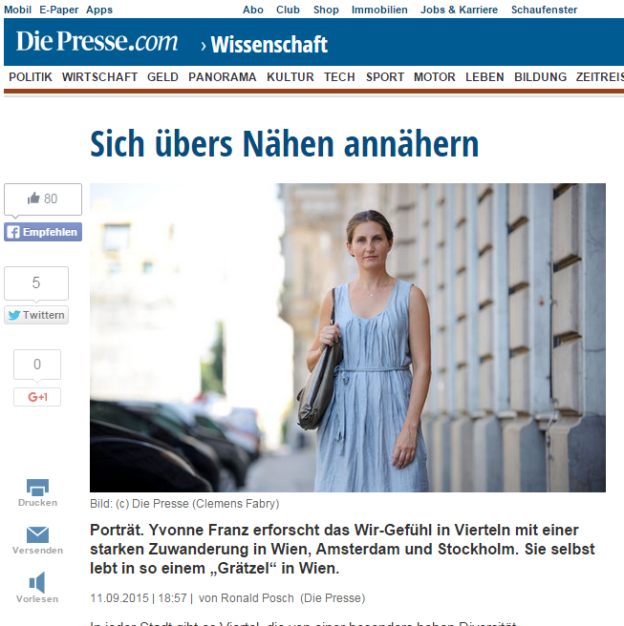 The article is available to read in full online at the DiePresse.com

The article originally appeared in print on 12th September 2015, but the full version can also be read online at Die Presse.com.